Tips for the First Boss

-Don’t try attacking when he is pounding the ground. You won’t get your combo in.

-After he charges forward, you can get an entire combo in easily.

-Don’t dash right after he jumps into the air. Dash when you see him coming down instead.

-Don’t Dragon Form. You will get an achievement for defeating without it.

Tips for the Second Boss

-Don’t try attacking when he is summoning hands, just dodge or use one Light Attack at a time.

-After his health is halved, the summoned hands spin in circles after smashing the ground.

-When he stands still and shakes, he will spin his tail quickly. Do not attempt attacking. 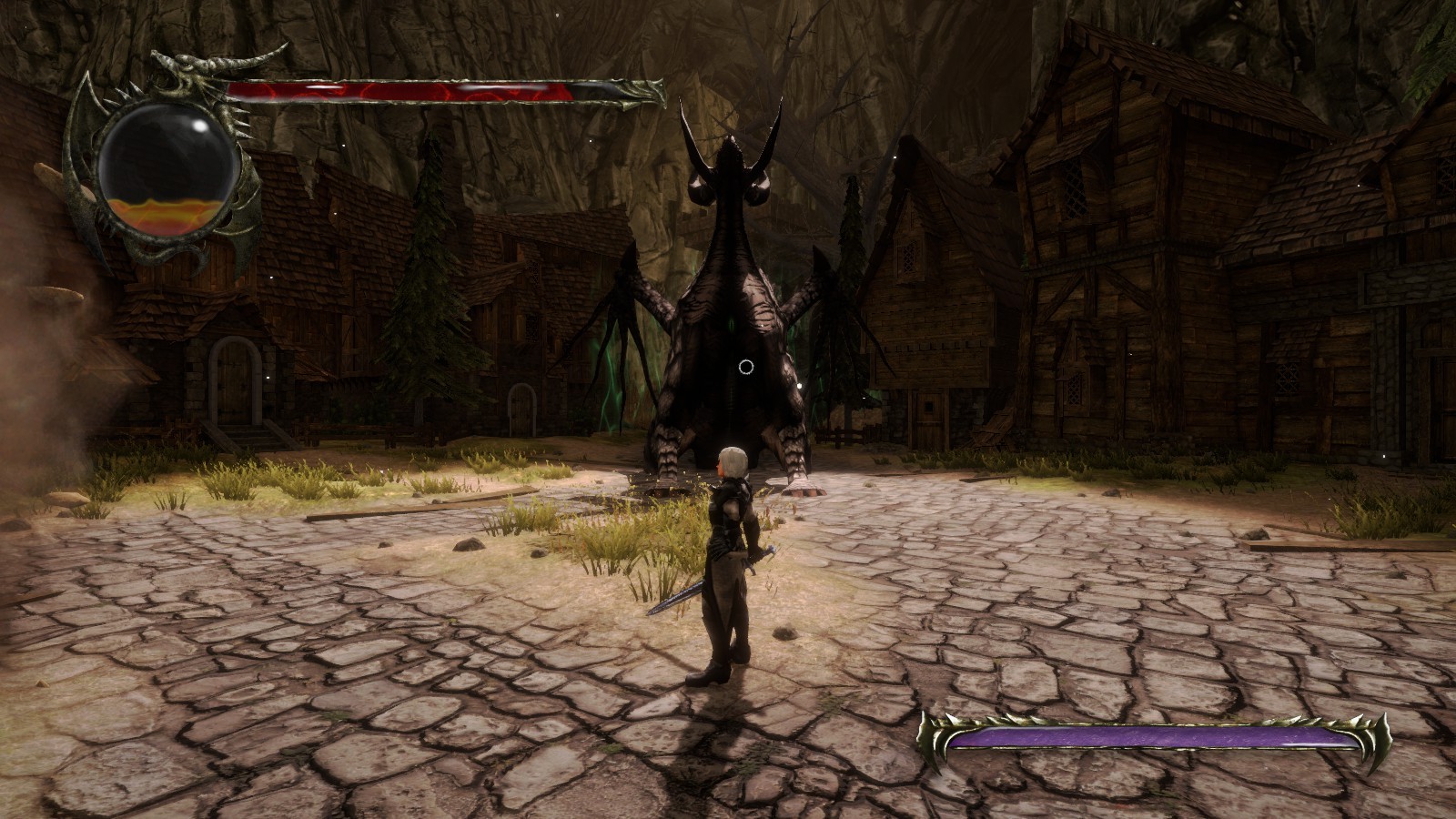 Tips for the Final Boss

The boss has two forms.

The first form is rather easy to defeat, although his abilities are typically combos. Be sure to dodge for a few moments after you begin the fight so you can get a grasp on his combos and your timing. The second form is an augmented form of his first. His abilities hit harder and come out faster, but stay relatively the same.

The only change to this form is that he flies for a duration. When he does this, there are two different abilities to keep track of.

-If he is above half health, he will only glide down. Dash when he is coming toward you.

-If he is below half health, his first abilities will spit fire around you.

The best way to dodge the latter is to go directly underneath him. When he comes up to fly, you will see a very large air puddle beneath him. Travel into the center and his flame blast will not hurt you at all. Do this until he stops flying entirely, but be sure to dash when he is coming in for his glide ability.

Another thing that you should keep in mind is that the full damage combo is nearly impossible to hit at his second form unless you are incredibly lucky. Go for singular charged attacks instead. This will still deal a lot of damage and keep you safe in the process.

Cuphead – World 1 – How to Beat Every Boss

Cuphead – Inkwell Isles – Hell – How to Beat Every Boss

Cuphead – World 2 – How to Beat Every Boss

Cuphead – World 3 – How to Beat Every Boss

Praey for the Gods – How to Beat The First Boss

The Surge How to Beat the First Boss P.A.X?

Voice of Cards: The Isle Dragon Roars: Beginner’s Guide: Tips And Tricks To Get Started