Throughout time, Dinosaurs and the creatures who roamed the earth long before modern man have been a source of continual fascination. Through all forms of media, we have brought these creatures back to life to experience their majesty and scale. In video games, dinosaurs have served many purposes. As companions, antagonists, and even helpful tools. That trend is set to continue in the next few years, and you’ll be able to see a few upcoming games that feature dinosaurs both gentle and ferocious in this list of the Top 6 Upcoming Dinosaur Games of 2022 and 2023.

Developed and published by Jaw Drop Games, Deathground is a survival horror game where the primary threat is human devouring dinosaurs. Either in single-player or 4-player co-op, you will coordinate with your squadmates to fight off the monsters and hopefully survive. Your goal in the game is to enter the “Deathground”, an area that contains awesome loot and treasure but is heavily guarded by vicious dinosaurs. With all kinds of gadgets and weapons, you will get in, grab your loot, and get back out. There is also a crafting system that will allow you to create useful equipment and items on-site out of gathered materials. Deathground is being developed for PC and doesn’t currently have a solid release date, but the developers are hoping to launch in or before 2023.

Primal Dominion is an action/shooter game being developed and published by Cryogen Labs. With the distinct flavor and style of 90s action movies, you will use an arsenal of weapons to destroy an array of prehistoric threats. The game also features both PvP and PvE modes in single-player and multiplayer co-op. Gunplay is weighty and realistic, with each fire of every weapon resulting in true-to-life recoil and weapon sway. You aren’t just limited to human characters though. You can also play as several different types of dinosaurs, all of which have their own skills and abilities to compete with the guns and gadgets of the human players. Primal Dominion is currently available in an early access state with the full release scheduled for sometime in the Summer of 2022.

Created by developer Italic Pig, Paleo Pines is a cartoonish, colorful life simulator that takes place on a mysterious remote island that is home to a number of humans as well as their dinosaur companions. Befriend several kinds of dinosaurs to help traverse the island, till fields for crops, or just to have around for company! However you choose to make use of your dinosaur friends, you are sure to have a great time in Paleo Pines, launching on PC before the end of 2023.

After the planet has succumbed to the pollution and mistreatment at the hands of humanity, a small group of people uses a time machine to go back to the age of dinosaurs in an attempt to start again and create a more sustainable civilization. You will create settlements, factories, and living spaces in a prehistoric world. Gather resources and manage a team of humans and dinosaurs to maximize the effectiveness of your new home. Jurassic Architect is being developed and published by Yeyuna, with no set release date currently.

Instinction is an action-adventure game that utilizes photorealistic graphics and lifelike animations to bring the ancient creatures to life. In a cinematic story that will take you through a mysterious land inhabited by all manner of ferocious creatures, you will play April Summers, an adventurer haunted by her own ambitions and fears. Switch between first and third person to explore, survive, and craft your way through the campaign. The island the story takes place on has a number of different environments to explore, including ruins, forests, and plains. You can even explore underwater areas! Instinction is scheduled to be released towards the end of 2022.

One of the world’s premier survival games returns with a bigger world, more mechanics, and even more dinosaurs. Produced by and starring action star Vin Diesel, Ark 2 will take you on a prehistoric adventure full of thrills, vicious dinosaurs and monsters, and survival. Like the previous game, you will need to gather materials to craft all of your equipment and items. Base building is also a major focus of the game, with players in the previous game having made wonderfully complex creations. More options and building materials should allow for even bigger and more crazy creations in the sequel. Ark 2 is scheduled to launch in 2022.

TOP 5 Post-Apocalyptic Games to Get Lost in 2022 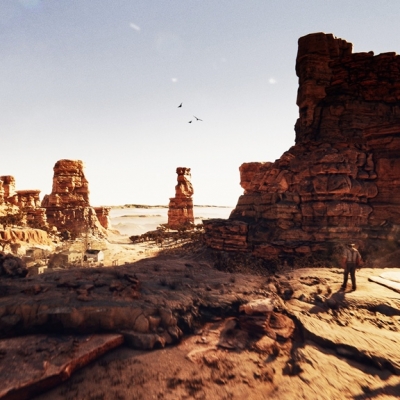 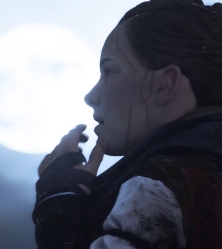