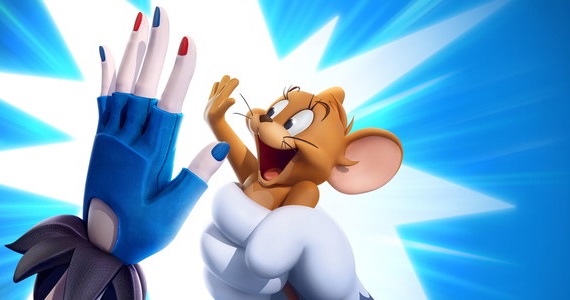 Fighting games have seen a massive uptick in recent years. Thanks to titles like Street Fighter V, Tekken 7, and Guilty Gear Strive, the genre has been reliving its best life since the 90s. And with the advent of rollback netcode standardization, more and more titles are offering smoother online play experiences.

We have a few more titles to look forward to because the brawler hype train doesn’t seem to be slowing down. Here are the top 5 upcoming fighting games releasing in 2022 and beyond.

The classic fighting game series returns on February 17th, 2022. King of Fighters XV brings back a host of its most popular characters to mix it up with a few newcomers in the series’s signature 3v3 team-based battles. The game’s new Shatter Strike gives every character a way to defend and attack at the same time at the cost of a single power gauge. You’ll also be able to extend your combos via Max Mode (Quick), which cancels any action. And if you’re new to KOF, the new Rush Combos will give you an early start until you get to grips with the game and can make your own devastating attack strings. The icing on the cake? For the first time in KOF history, the game will feature Rollback Netcode for smooth online matches.

One of the most popular MMORPGs is making its debut as a fighting game sometime in 2022. Dungeon & Fighter Duel is currently in development from ArcSystem Works, and it’s looking like a strong contender for popularity within the genre. Apart from using ArcSys’s gorgeous graphics engine, DnF Duel features simple inputs for all special moves. That doesn’t come at the cost of competitive merit, though. Through its Guard Cancel system and unique Convert mechanic, you’ll be able to craft your own combos and bamboozle your foes ‘ to your heart’s content.

A fighting game darling gets the port treatment in early Q2 of 2022. Persona 4 Arena Ultimax is the only 2D hand-drawn sprite game on this list and it’s absolutely gorgeous. As a spinoff of the critically acclaimed JRPG, it puts its star-studded cast of characters in the fighting game ring with fast-paced combat and spectacular mechanics. In P4AU, your character and their Persona fight together to formulate unique strategies and perform damaging combos. With a slightly more simplified control scheme, it’s a game that’s easy to have fun with early on while maintaining a high skill ceiling for the hardcore fighting game fans. The downside is that P4AU won’t be featuring rollback netcode when it releases on current-gen consoles, but the devs have expressed interest in implementing it in the future.

Arya Stark vs. Shaggy? Tom & Jerry vs. Batman? No, this isn’t clickbait. Warner Bros characters will be duking it out in their own platformer fighting game sometime in 2022. Taking a page out of the Smash Bros book, this game will feature 2D high-flying combat with wacky outcomes. Developer Player First Games have expressed a commitment towards making MultiVersus a key player in the fighting game esports arena by way of fun mechanics and solid netplay. On top of that, the game will use a free-to-play model so everyone can join in the craziness.

After years of speculation, Riot has finally revealed its fighting game hand. Currently known as Project L, the upcoming League of Legends fighter is currently under development, and it’s being managed by the Canon brothers, two veterans of the genre. The most recent sneak peek revealed a few fan-favorite LoL Champions like Ahri, Darius, and Ekko brought to life with bigger and more detailed models. Project L is set to feature simple inputs to make it accessible to players new to the space. At the same time, each Champ will have their own unique mechanics that can allow players to formulate powerful fighting strategies. No release date has been revealed yet, but we estimate a late 2022 or early 2023 window might be a safe bet.