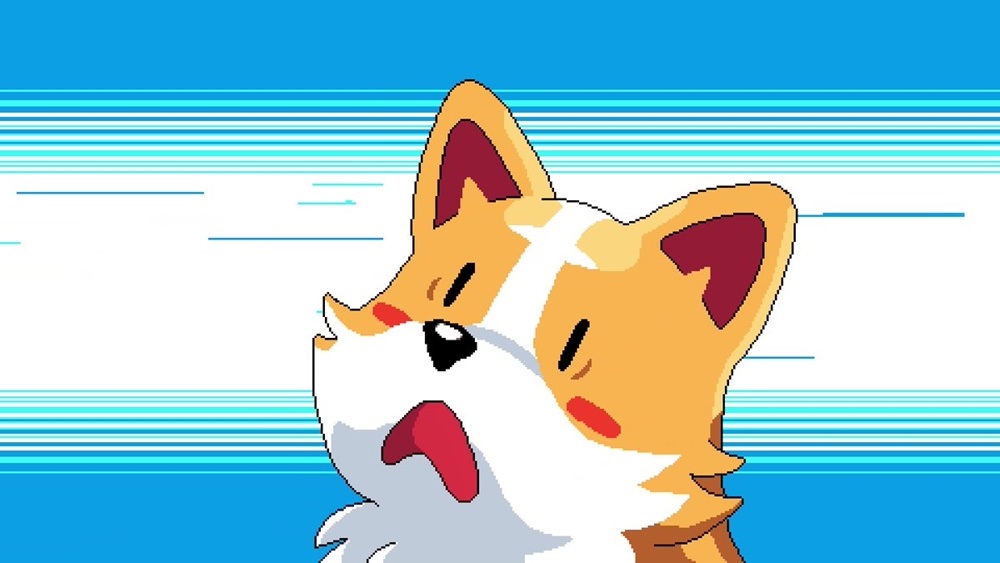 The skill involved with playing a good shoot ‘em up game is unquestionable. If you go in without giving the wall of bullets the respect it deserves, it will chew you up and spit you out. But for seasoned shoot ‘em up players, the thrill of just squeezing in between projectiles to pop off a few of your own in hopes of whittling down the enemy population is unmatched. And those of us who love a good tense moment have a lot to look forward to with the top 6 upcoming shoot ‘em up games of 2022 & 2023. 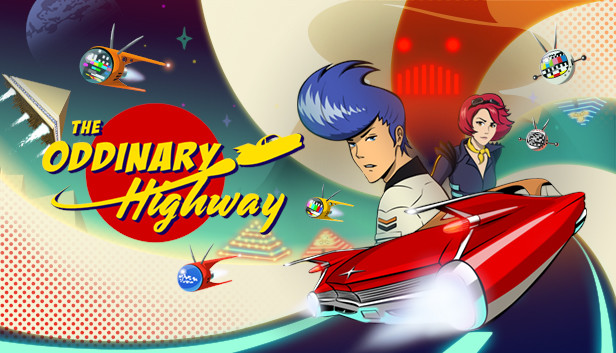 First, we have the retrofuturistic Oddinary Highway by Dash & Dot Games. In it, you play Bill, an Intergalactic University student who must use his sentient flying car “Caddy Luck” to fight the Robo-mafia after it won the entire universe beating his dad in a card game. That’s a hell of a setup, and Oddinary Highway looks to be as over the top in gameplay as it is in story. Weridonium, matter that is the residue of hyperspace, will cause tears in your reality that will engage gameplay modifiers, drastically changing gameplay. Defeat the Robo-mafia boss and reclaim the universe when Oddinary Highway flies onto PC in early 2022.

The classic 1992 top-down shoot ‘em up Pocky & Rocky is being remade for a modern audience. Pocky & Rocky Reshrined features the same Far East theme and beautiful art, but with higher resolution sprite art. Play as the shrine maiden Pocky, the Tanuki Rocky, along with three new characters made especially for this version of the game in intense projectile fights with goblins and a number of creatures from Japanese mythology. Takedown some goblins when Pocky & Rocky Reshrined makes its way to PlayStation 4 and Nintendo Switch in Spring 2022.

Play as a C3 (Cute Cybernetic Corgi) on a mission to save his owner, a scientist who has been kidnapped by aliens in Kemono Games’ ProtoCorgi; a retro pixel art shoot ’em up with an adorable protagonist. Equip your fluffy little destroyer with up to 27 different weapon combinations, including super-powerful, screen-clearing attacks for when your pup has bitten off more than he can chew. Unleash your creativity with a detailed stage editor so you can make little adventures for your favorite bean-toed companion and then share them with friends! Get ready to blast through alien forces when ProtoCorgi bork borks onto Nintendo Switch and PC in 2022.

Singe your eyes with incredible graphics and awesome effects in KeelWorks’ Cygni: All Guns Blazing, a sci-fi shoot ‘em up being made by former employees of animation and film studios, like the award-winning studio Pixar. That expertise is apparent in the game’s flashy, cinematic presentation that is reminiscent of a big-budget CG film. Engage in vertical scrolling, twin-stick combat that features a power diverting system: send your ship’s power to either your guns or shields, depending on the threat. Obtain new technology to upgrade your ship; more power means a better chance of survival against mammoth alien adversaries. Melt your eyes and keep your trigger finger strong when Cygni: All Guns Blazing launches on PlayStation 4, Xbox One, Series X/S, and PC in 2023.

What do you get when you combine the procedurally generated dungeons and randomly applied abilities of The Binding of Isaac with the mixed 3D shoot ‘em up and melee combat of the Neir series? A really awesome looking game, which is what you have with VisRay Studios’ Void Soul Awakening. This new take on the shoot ‘em up is a roguelike that takes place in a prison of the undead, filled with all kinds of monsters that will get progressively stronger the longer you survive their onslaught. Be ready for anything when Void Soul Awakening slashes through wave after wave of the undead on PC in 2023.

Lastly, we have the Enter The Gungeon-inspired Wildcat Gun Machine by Chunkybox Games; an isometric bullet hell shoot ‘em up with a ton of weapons and a ton of personality. Enter hand-crafted dungeons full of all matter of grotesque, mutated beings, and fight them with over 40 different weapon types. Additionally, ultra-powerful mechs can be won by defeating ultra-gross boss monsters, providing you with another option to lay waste to these melted-flesh horrors. Define your playstyle with character upgrades: increase the number of times you’re able to respawn if you want to tank damage or upgrade your movement and dash skills to dodge around bullets. Exterminate waves of repulsive rapscallions when Wildcat Gun Machine mech-stomps onto Nintendo Switch, PlayStation 4, Xbox One, and PC in the first quarter of 2022.