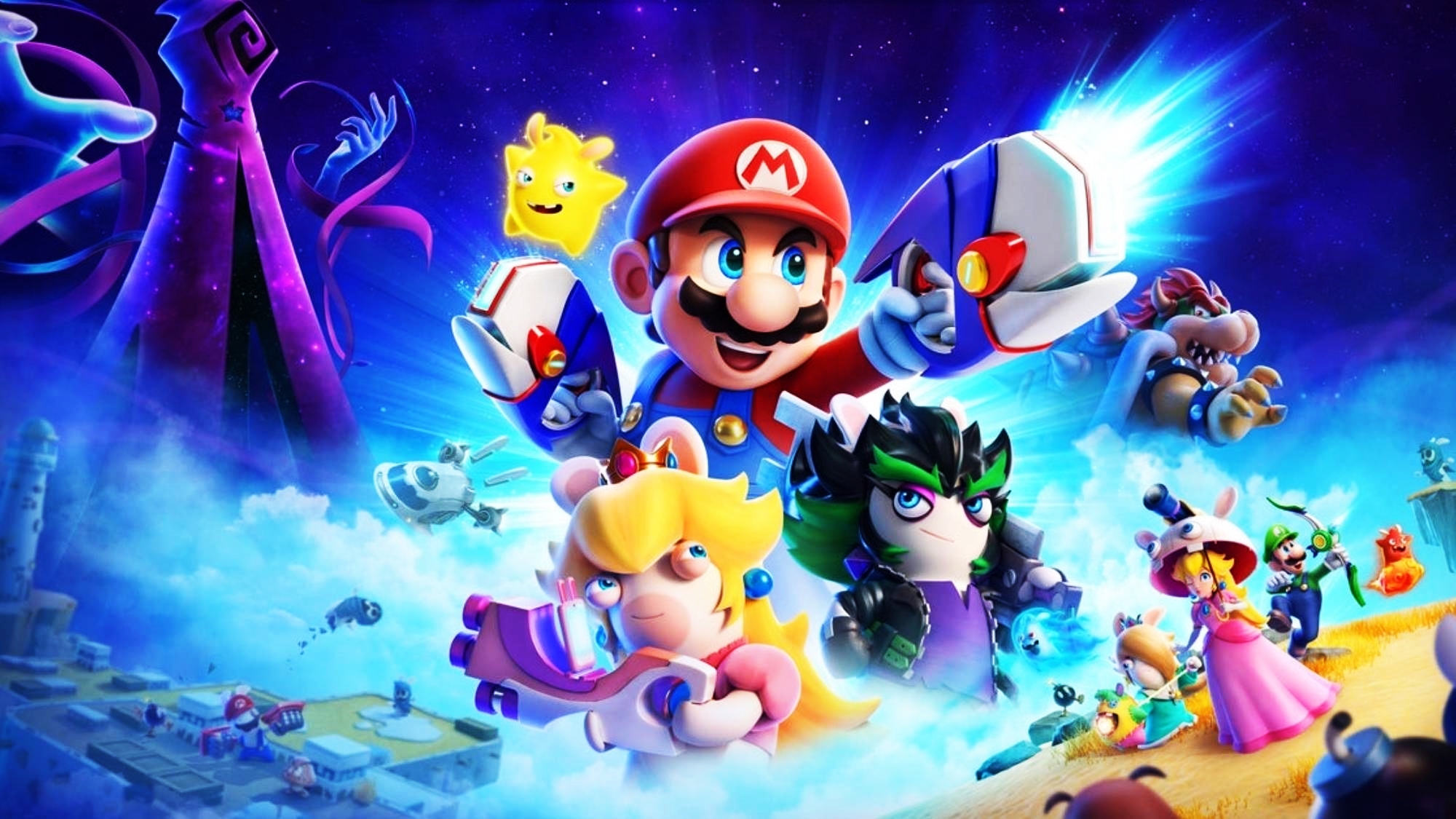 While next-generation systems like the PlayStation 5 and Xbox Series X dominated the console conversation in 2021, the Nintendo Switch still persevered, with the system selling over 8 million units over the course of the year. Even with rumors of a new Nintendo Switch still lingering, fans are in for a treat as 2022 nears, with tons of fantastic games arriving on the system soon. From sequels in highly-revered franchises to open-world adventures with loads of potential, there are some truly awesome games coming out on the Switch in 2022.

To help you better prepare for the year ahead and get the hype trains started, we’re counting down our picks for the top 5 upcoming Nintendo Switch games of 2022. To ensure a bit of variety, we’ve done our best to choose games from different genres and IPs, so there should be something for every type of gamer here. Keep in mind, the upcoming Nintendo Switch games included on this list have all been confirmed for a 2022 release window. Games that may or may not come out in 2022, like Metroid Prime 4, have not been included. With that said, let’s get excited as we look forward to the top 5 Nintendo Switch games coming out in 2022 (listed in no particular order)!

When the first Breath of the Wild game was released on the Nintendo Switch in 2017, it was heralded by both critics and fans as one of the best entries in The Legend of Zelda franchise to date. Cut to 2021, and the game has become the best-selling Zelda title ever made, outpacing timeless masterpieces like The Legend of Zelda: Ocarina of Time. Like in other Zelda games, Breath of the Wild puts players in the shoes of a heroic adventurer named Link, who must complete tasks around the fantasy kingdom of Hyrule to slay the evil villain, Ganon. However, by injecting a hefty dose of player freedom into the gameplay structure and encouraging exploration and creativity, it stands out as a refined version of the existing Zelda formula.

Now, after waiting for nearly five years, Switch fans can’t wait to dig into the sequel. All in all, not much is known about Breath of the Wild 2, but it’s definitely one of the most anticipated Nintendo Switch games coming out in 2022. Rumors of a time-travel mechanic have us super excited to see what the next adventure holds when The Legend of Zelda: Breath of the Wild 2 releases sometime in 2022.

Speaking of games that fans have been waiting for years to play, the hack ‘n slash action sequel Bayonetta 2 developed by PlatinumGames is supposedly arriving exclusively on the Nintendo Switch in 2022. Telling the story of a shape-shifting witch named Bayonetta who wakes up from a 500-year slumber without any memories, the original game was a smash-hit success when it was released on the Xbox 360 and PlayStation 3 in 2009.

The sequel, Bayonetta 2, was just as well-received in 2014, despite being exclusive to the Wii U system. Although a trailer promising Bayonetta 3 was first shown in 2017, there was very little news on the project until a surprise trailer dropped during a Nintendo Direct live stream in September of 2021. If all goes according to plan, players will be able to take another wild ride through fantastical realms of magic and mayhem, all while pulling off long attack combos when Bayonetta 3 arrives on the Nintendo Switch in 2022.

Kirby is one of the cutest and most endearing characters in Nintendo history, but that wouldn’t matter much if the games were bad. Luckily, Kirby titles are always perfect for some casual fun, whether it’s one of the classic Super Nintendo games like Kirby Superstar Ultra or a unique handheld game like Kirby: Canvas Curse. While there have been a handful of spin-offs in recent years, it’s been a while since we’ve seen a new mainline Kirby game, but 2022 breaks the hiatus with the release of Kirby and the Forgotten Land.

Initially announced during the same Nintendo Direct live stream as Bayonetta 3, this is definitely one of the most anticipated Nintendo Switch games coming in 2022, as it is the first true 3D platformer in the series’ history. Using his classic powers of inhaling enemies and gaining their powers, Kirby will explore a beautiful city reclaimed by nature, discovering secrets and battling bosses along the way. We can’t wait to sit down and relax with this imaginative adventure when it comes out sometime during the Spring of 2022.

Pokemon is a franchise that needs very little introduction. After making a grand entrance on the Game Boy in the late-1990s, this monster-catching RPG has become one of the most popular brands in the entire world. In the last few decades, there have been Pokemon games of all genres, including the photography simulator Pokemon Snap to the massively popular augmented-reality mobile title Pokemon GO. It’s surprising then that there hasn’t been a true open-world Pokemon RPG yet. That said, after years of pleas from fans, developer Game Freak will be trying their hand at a more serious adventure with Pokemon Legends: Arceus.

Acting as a prequel to the mainline games Pokemon Diamond and Pokemon Pearl, this Nintendo Switch exclusive lets you run free around the ancient Hisui region as you catch dangerous Pokemon, battle other trainers and explore the historic lands. There’s a lot of hype surrounding Pokemon Legends: Arceus, so we hope it lives up to expectations when it releases on January 28, 2022.

In his long and storied existence as one of the most iconic gaming characters of all time, Mario has seen his fair share of interesting adventures. Whether he’s racing around a colorful course in Mario Kart or he’s smashing through his pals in a round of Super Smash Bros, Mario is always up to something new. Although this beloved Nintendo character is no stranger to cross-overs, fans were surprised when he teamed up with Ubisoft’s wild and wacky Rabbids characters for the 2017 game, Mario + Rabbids Kingdom Battle.

The game combined two mega-popular characters for a tactical turn-based adventure that echoed the gameplay of more serious strategy games like XCOM. Now, Nintendo Switch owners can look forward to a space-bound sequel, Mario + Rabbids Sparks of Hope, as it’s one of the most anticipated Nintendo Switch games of 2022. In this intergalactic journey through the stars, Mario must team up with the Rabbids and his usual group of pals to take down Cursa, a chaotic entity that threatens the peace of the galaxy. This sequel promises a more open-ended level design, a refined combat system, and more. We’ll have to see if this sequel is another surprise hit when it releases in 2022. 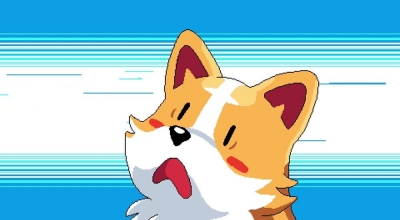 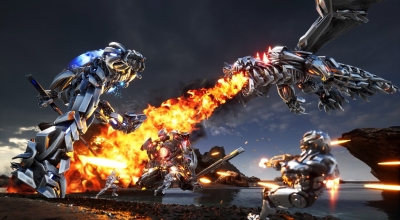 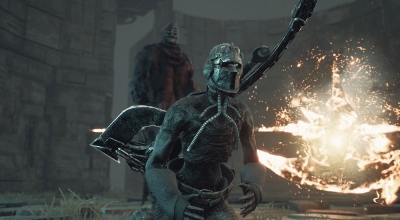 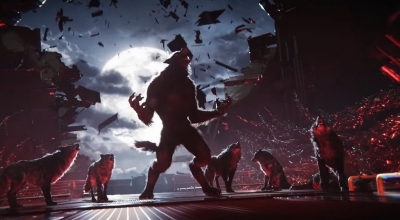 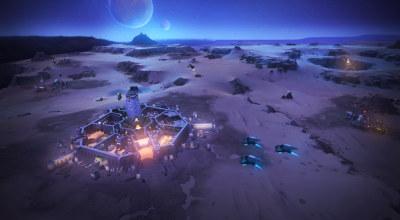 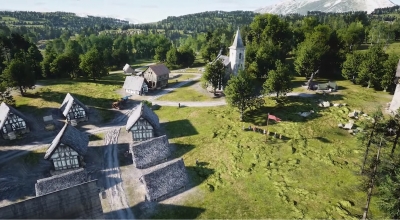