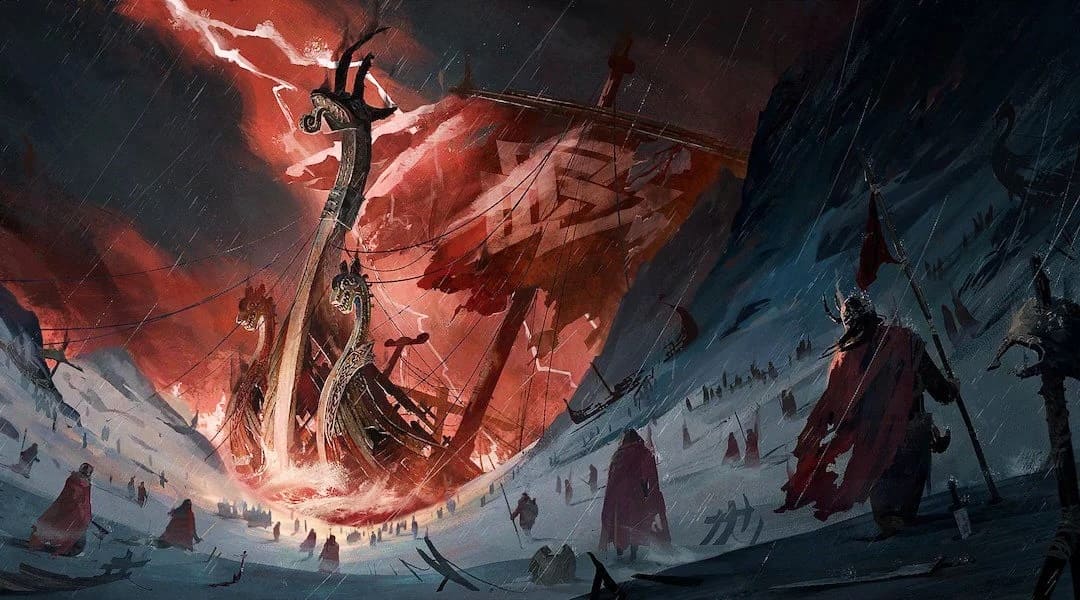 2018’s God of War is a one-of-a-kind action RPG experience. The incredible acting, amazing graphics, heartfelt story, and white-knuckle action were all held exclusive to Sony’s PS4 console for many years until early 2022, when the game launched on PC. Now, PC users get to experience the action-packed tale of Kratos and his son Atreus. However, once you reach the end of the game’s story campaign, you might have a void in your heart that you’d like to fill with a similar game. If that’s where you are right now, then I have a few game suggestions for you on this list of the Top 6 Games Similar to God of War on PC. When you’ve reached the end of your journey, pick up your axe and dual blades so we can get started on the next one!

The Darksiders series has plenty of action and exploration for those who are looking to scratch that particular itch. Each of the games covers one or a combination of the Four Horsemen of the Apocalypse and takes them on adventures to fantastic locations to crawl through dungeons and defeat monstrous creatures. You’ll have an arsenal of weapons at your disposal in each game, and will also pick up new powers and abilities as you progress, thanks to the series’ Metroidvania design. If you need another third-person action-adventure game to replace God of War, there are several Darksiders games to keep you busy for quite some time.

If it was the Nordic/Viking mythology and aesthetic that made God of War stick with you, then you will probably enjoy the latest Assassin’s Creed game, Assassin’s Creed Valhalla. This one follows an either male or female Viking as they traverse a massive open world with several continents to complete missions and find a home for their community. Classic Assassin’s Creed combat applies with new weapons and skills, and traversal is as cool as ever thanks to the series’ staple parkour system.

In the regressed distant future of Horizon: Zero Dawn, you’ll play a young female warrior named Aloy. Her decidedly Viking-esque clan and hairstyle combined with the diverse environments of the open world will make you feel right at home if you just finished God of War. The gameplay is similarly action-forward while operating slightly differently. In Horizon: Zero Dawn, you will face down robotic monstrosities and collect the parts from their wreckage to craft equipment and supplies for your journey.

The Witcher 3 has been the blueprint for an action RPG since its release in 2015. Its massive world and monster hunting action have made it a permanent fixture on many peoples’ list of the best games of all time. As Geralt, you will track down your lover/sorceress, Yennefer, while dealing with a supernatural army that is gunning for the head of Ciri, your ward, and daughter-like companion. Its deep story and endearing characters make it a good game to follow up God of War with, even though the game’s combat isn’t as free form and rewarding as God of War.

Another game that will immerse you in Viking mythology is Hellblade: Senua’s Sacrifice. This game stars a character that is suffering from some form of psychosis as she embarks on a journey to wrestle the soul of her lover from the Viking afterlife. Her condition is treated in a way that is both respectful and effective in how it is used to convey the story to the player. The game’s combat consists of mostly one-on-one sword duels against monsters that might either be real or figments of Senua’s imagination. Either way, the fights are tense and dramatic, making it a good stand-in for God of War.

If all you’re looking for after finishing God of War is an explosive action game that has tons of combos and awesome characters, then look no further than Devil May Cry 5. This game is the long-awaited return of Dante the demon hunter and his crew, and features some of the series’ best action set pieces and story sequences. Team up with new characters, some old ones, and fight your way to the source of the Demon Tree that is infecting Red Grave City with an intolerable evil. God of War only allowed you to play as Kratos, but Devil May Cry has 3 unique characters, each of whom has their own weapons, fighting styles, and abilities.

A Way Out – Where Are My Saved Games Located?

Eco – Where Are My Saved Games Located?

TOP 7 Best Gangster Games Ever Made