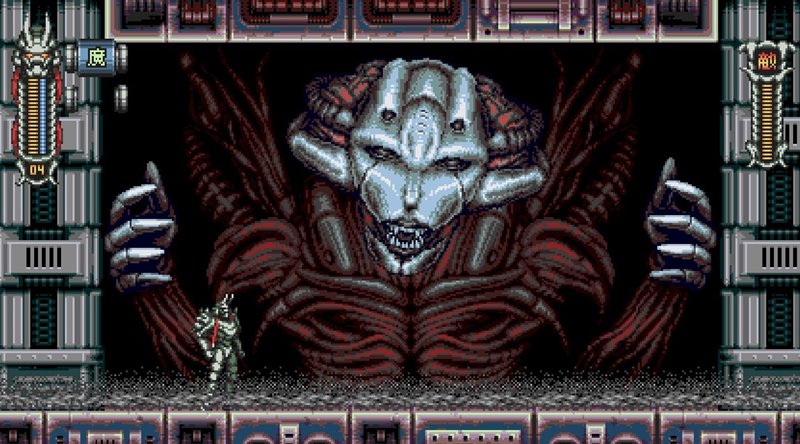 If you love classic action sidescrollers, the developers at JoyMasher are helping to keep the genre alive with their games. Like Blazing Chrome before it, their new game Vengeful Guardian: Moonrider brings old school into the modern day, with all of the crushing difficulty in tow.

Seriously, if you’re going into Vengeful Guardian: Moonrider thinking it’ll be a cakewalk, you’re dead wrong. But don’t let that discourage you! The game isn’t impossible, as long as you have specific tips and tactics in mind, you’ll get to the end. Eventually.

So, if you just picked up Vengeful Guardian: Moonrider and are looking for some tips to get you through, you’ve come to the right place! So don your battle armor, get ready to take down some bad guys, and let’s get started!

A Most Dashing Hero

The titular Vengeful Guardian has a solid repertoire of moves, but one of the ones you’re going to rely on the most for standard enemies is called the Dashing Strike. You see, the Dashing Strike is four times as powerful as a regular sword swing, which is already pretty strong. This means if you land a Dashing Strike, you’re probably going to drop just about any low to mid-level enemies.

However, this move does have a few trade-offs in addition to its perks. Firstly, this move carries you forward. This is the “Dashing” part of the move. You’ll need to have expert timing and spacial awareness, because you can take damage during this move. If you dash right into an enemy’s attack, you’re going to eat that attack, and health is precious in this game. Take the time to learn timing and spacing, and the Dashing Strike will make you unstoppable.

Another move you’re going to be relying on throughout Vengeful Guardian: Moonrider is the divekick. There are two variations of this move, a straight-down version, and a diagonal version, and you’re going to be using both in equal measure. Divekicks are great to use against shielded enemies, as this attack bypasses their defenses.

When you land a divekick successfully, you’ll also have an opportunity to follow it up with another, effectively giving you double the damage while you stay off of the ground and out of harm’s way. Seriously, practice with both types of divekicks, they’ll help you a ton as you progress through the game.

Anything a Spider Can

Learning the best attacks and when to use them is important, but it is only half of the Vengeful Guardian: Moonrider experience. You’ll also be spending a good amount of time engaging in difficult platforming, for which you’re going to need to learn even more tricks and mechanics. For instance, do you know how in some platformers, characters will auto-cling to walls? That doesn’t happen here.

No, instead you’ll need to be on top of your game and press the jump button AGAIN in order to prep for a wall jump. This added layer of complexity will trip up many players when they first pick up Vengeful Guardian: Moonrider, so make sure you keep that at the back of your mind while playing. Before long, you’ll be sticking to walls and jumping as well as Spider-Man!

Remember when I said health is precious in Vengeful Guardian: Moonrider? It is, the protagonist can only take a few hits, but every stage isn’t completely devoid of health items. In fact, there’s usually a good supply of things to give you a health boost, but you won’t be able to get them on the main path.

You’ll instead need to explore and dig around for health packs. This is fine if you’re taking your time anyways, but if you’re shooting for top scores, a component of which is speed, then you’re going to have to sacrifice that score for health items. You can always replay a stage with a better understanding of what you’ll face in order to get a higher score.

Right Back At Ya!

The Vengeful Guardian: Moonrider is a badass. You can tell by looking at him, but also by the things he can do. For instance, have you been able to deflect projectiles with your sword yet? Give it a try! Doing a sword attack at just the right time will stop most projectiles from hurting you, and it will even send some right back to the attacker, including those pesky grenade turrets.

This won’t work on boss projectiles, unfortunately, but you can rely on it just about everywhere else.

Dawn of Man – How to Survive

Remnant: From the Ashes – How to Get Guardian Axe

The Last Guardian – How to Find the Mirror and Get Out of The Cave? Guide