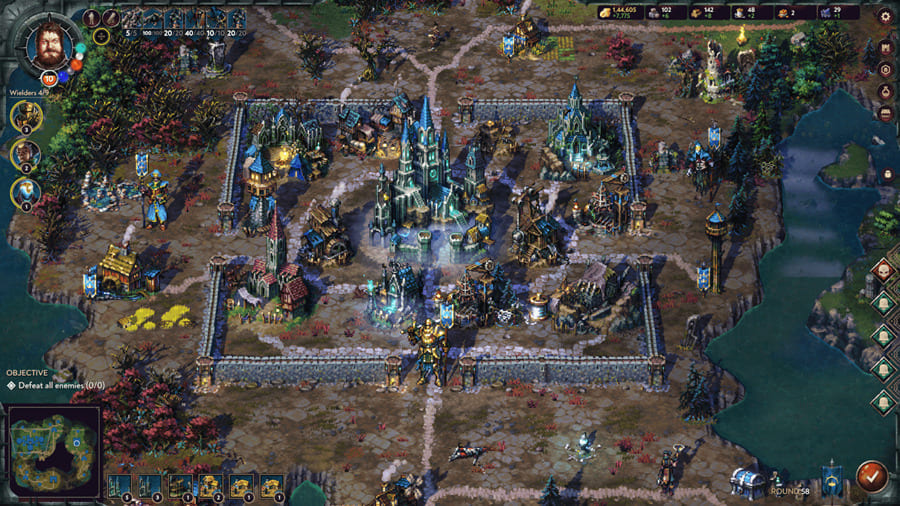 Barony of Loth, a declining barony, embraces the promise of the Unseen Society to bring back the glorious days of peace and empire. Cultists and scholars excavate old battle sites for arcane artifacts and call on the Oathbound legions to serve once more. Loth will rise to its former glory, even if it means bringing back the dead.

This guide covers the Barony of Loth faction’s strengths and weaknesses, as well as their combat style, skills, spell preferences, research priorities, and city-building suggestions. If you’ve played a few games and are familiar with the basics, this guide will be much easier to follow.

Recommended Skills and Powers for Barony of Loth

Loth is a simple faction in which you summon a swarm of undead to do your bidding. The Wielders are in charge of the strategy, and each Wielder has a more significant impact on the overall playstyle than we’ve seen in Arleon before. They add a lot of depth to an otherwise simple faction, and hopefully, this guide will help you get there. If you’re having trouble understanding the faction, we also have a beginner’s guide. And If you liked this guide and want to learn more about the game, be sure to check out the rest of our Songs of Conquest guides as well.

How to Get Good at Songs of Conquest: Top 5 Tips & Tricks

Songs of Conquest: How to Improve The Visuals by Adding ReShade