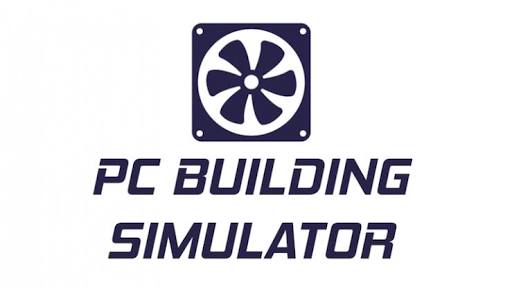 1) About money, there are three things you need to know;

2) You start with only one workbench. You can unlock the second one at Lvl. Three and the third one at Lvl. 8. Yeah, but why should I buy it then? 3D Mark. You’ll need to run 3D Mark on this machine. And the other machine too. And the other one. AND ANOTHER ONE. I’d say 85% of the machines you pick up have to run 3D Mark on it for testing purposes, and the test takes around a minute, plus installation and restarts times (around 15 seconds). If you don’t have other workbenches, you’ll have to sit and wait, and that’s not fun.

3) Try to have three rigs at the workshop or in transit the whole time. That’s the limit. You won’t receive any e-mails while you have three rigs in the shop / in transit. When you finish a job and collect the money, you’ll get another e-mail with another offer, and when you pick a job, the machine will always arrive the next day, so always try to leave the workshop with no rigs on it and three on transit for the quickest profit.

4) At the time of creating this patch (March 28th), you can’t see the client’s specs in the e-mails, so you may or may not get a profit from it. Sometimes the client wants a 2TB HDD, which costs $70, and he’ll pay you $60 for the job. In that case, you can decline. However, some jobs involve discovering the problem, and the fix might cost more than what he’s paying you. I’ll cancel the job; then YOU CAN’T CANCEL ANY JOBS AFTER ACCEPTING THEM! Have that in mind!

5) Generally speaking, the jobs don’t pay you too much. You’ll almost always stay on a negative balance (or maybe I’m just too bad with management). However, the game does not punish you for not being honest. Certain jobs require you, for example, to change the broken HDD. You open the rig, and it’s a 2TB HDD. You can put a 250GB HDD in its place and still receive the money with no penalties or anything. This works with every job that requires you only to change specific part(s).

7) Don’t worry about correctly removing cables or turning off the PC when you’re swapping hardware. PC booted up, and it’s ready for delivery? Just pick it up from the workbench and put it in the hallway; no need to turn it off, then remove the cables before picking it up.
The same goes for the Flash Drive and installed programs. You do not need to remove them before returning the rig to the hallway.

8) If you don’t have enough workbenches, you can pick a rig the way it is and put it in the hallway. It will stay there until the moment you finish the job, so don’t worry.

9) If a specific part in your inventory has a note with the owner’s name, that means you can’t change it. That usually occurs on “Diagnose and fix” jobs. If you think, for example, that the PSU is broken, remove it, and there’s a note on it that means it isn’t broken. The problem is in another piece.

10) The storage on the left (the one you can unlock at Lvl. 6) serves only for putting rigs on it instead of the hallway. Nothing more.