The Game of Thrones Mobile Strategy Game Looks So Bad

It seems surprising that it’s only now that someone has leveraged the Game of Thrones franchise for one of those cashgrab mobile ‘strategy’ titles that have you build up troops and attack your enemies. It’s finally happened though. Game of Thrones Conquest has been rushed together by Warner Bros and Turbine and is currently undergoing testing before a global release.

The game features all of the aspects you would expect: various units to recruit, resources to gather and of course a well stocked in-game shop to encourage you to spend real money on speeding up the game. It also has host of references to the show through house names and the like, but it’s the character art that is the most stand out.

Emilia Clarke’s character, Daenerys Targaryen, is wearing her outfit from Season 3 of the show, Jon Snow looks like his early-show, slightly chubbier self and both Tyrian and Jamie Lannister (the latter of whom mans parts of the cash shop) have clean shaven faces.

It’s almost like this game was rushed out with just some pre-produced artwork to get it out the door.

As Kotaku explains from its hands-on test of the game, it’s really nothing special. It works just like all of the other ‘competitive’ multiplayer games of that genre. Everything takes ages to complete, which encourages you to pay to speed things up, the players with more money have more resources and more time, so do better. And big alliances are nearly insurmountable, so what’s the point?

The point is to get you to buy stuff from it. So don’t. Don’t reward this kind of hack job development. 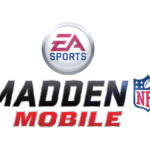 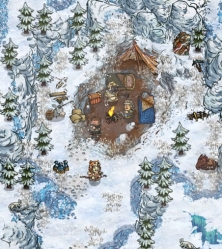 Total War Saga: Thrones of Britannia – How to Win

What is New in Total War Saga: Thrones of Britannia?