1-) Fighters. One of your first researches should be Fighters, and you want to start building them very early on. You should expect between 1000 and 2000 fighters thrown against you when war breaks out in 1939. Less important for Japan or the US.

2-) 1936 light tank models. That should also be one of your early researches, and you should also start building them fairly early. A moderate amount of early light tanks is much better than a few modern medium ones. Don’t strangle your economy trying to get 1939 or 1941 models too early.

3-) (Almost) all focus tree unlocks take 70 days. Use that to plan your first few years. Know where you want to be on the tree when a war starts.

4-) Extra research slots and extra factories (civilian > military >>>>>> dockyards) should be your first goals. Keep in mind that diplomatic focuses that allow you to annex other countries will often provide a lot of factories as well.

5-) “Consumer Goods Factories – x%” basically gives you free civilian factories. Look up the tooltip for that after pressing “T.”

6-) Spending 1st year building only civilian factories is not a bad idea. Do not neglect your Industry and Engineering research.

7-) Changing what is produced by a production line will reset your efficiency to 10%.

8.) Production lines that aren’t getting enough resources will still produce things, but slower. Hover over to see details.

10-) Switching production to an Exp modified variant of the same equipment will only lower your efficiency by 10%
Naval production doesn’t use efficiency.

11-) Think about what you want to use your research bonuses. They can sometimes be instrumental in getting a very important tech ahead of time on a cheap.

12-) Some research bonuses are very specific. Don’t go researching those without if you have something that cuts your Recon I and II research in half.

13-) Synthetic Refineries are only worth it when you can’t buy the resources. Civilian factories are cheaper, you can buy more of the resource using them, and they have other uses.

14-) You can mostly ignore higher levels of Synthetics techs; they just allow you to build more Synthetic Rafineries per state. Do not build those in occupied territories.

15-) Try not to buy less than eight resources/factories, especially early on.

You are exporting automatically. Nothing you can do there; just enjoy free civilian factories if they appear.

16-) Resources are extremely important. Keep them in mind when planning your conquests.

17-) Do not mess with your trade laws if you don’t know what you’re doing.

18-) You can change your recruitment laws at any moment, and your manpower pool will fill up in an instant. No point in doing that ahead of time. Do keep in mind that it costs Political Power, tho.

19-) Once World Tension reaches 25%, democracies will start guaranteeing nations you justified wars. Either do the invasions before that happens or be ready to face both France and the UK. At that point, the invaded nation will (almost) always join one of the other factions. In some situations, it may even mean bringing a new one into war against you.

20-) Don’t forget about your police forces. Use Cavalry units with Military Police brigades (you can add those later) and garrison them in occupied territory.

21-) If the conquered nation doesn’t belong to an existing faction (like Allies or Comintern), there will be no resistance. That makes invasions before 25% tension and diplomatic annexations very powerful.

Your first use of accumulated Political Power should be switching to War Economy, if possible.

22-) Your second, in most cases, getting a guy that will increase the speed of Civilian Factory construction or increase Political Power gain.

Production companies are nice but don’t try to get them too early; other bonuses are usually more important.

23-) Researched equipment will gain bonuses from production companies hired by you when the research ends. You don’t have to have them when you start the research.

24-) You should try to keep researching Land Doctrines, especially early on. They grant superb bonuses, and it’s good to have as many of them as you can when the war starts. It is, however, ok to switch to other techs if they seem more crucial at the moment.

25-) Do not ignore encryption and decryption.

26-) 6 months ahead of time is a good moment to start thinking about researching some very important techs. Try to keep that to a minimum tho.

27-) You can live without Self-Propelled Anti-Air/Anti-tank/Artillery.

The best Anti-air equipment (on installation) is a few hundred Fighter planes.

28-) 2-3 levels of Radar installations in your frontline (air-wise) provinces will help you win air superiority.

29-) Agility and speed are the two most important stats for fighters, followed by range.

30-) Motorized and Support Equipment never get old. When in doubt, produce some of those.

32-) Take your time to familiarize yourself with the airforce interface. It gets better.

33-) You can delete all the airwings and remake them without losing anything.

34-) Naval Bombardment is broken. AI can’t deal with it.

35-) You can stop units then embark on a boat by pressing “H” or a “Hold divisions” button. pressing on a port province they are moving out from doesn’t work (in press version).

36-) Ports are considered a part of the land province. Keep your navy out of range from enemy bombers or keep air superiority in their port region.

37-) Battleplan system starts to make a lot of sense ~80 hours into the game.

39-) Recon is the most important support battalion. 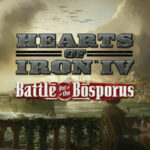 Hearts of Iron IV: Battle for the Bosporus Cheats

Hearts of Iron IV: Battle for the Bosporus Console Commands 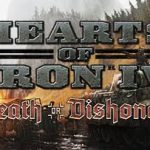 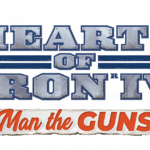 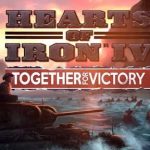 Hearts of Iron IV: Together for Victory Cheats 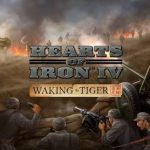