This guide is designed to help players who do not want to miss something while completing or completing 3-star assignments. Since the secrets at the levels are often not easy to detect, and sometimes simply impossible because of the complete absence of any hints of this, we present to your attention a guide indicating the location of all the caches in this game.

The first secret near the helicopter, between the containers and the tank. In the place where the wall is broken. Near the last group of soldiers, around the corner.

The only secret at this level is at the end of the corridor from which the level begins.

A secret in the hallway below the resp. In the room where you need to pick up ammunition. At the end of the corridor where the machine gun stands.

There are 13 hiding places in this mission.

The following secret does not appear as a secret. After the final battle, we approach the terminal where Nikolai was busy, after which we have a passage to the two rooms of the main hall. The last 2 secrets of this mission will be revealed to us only after Nikolai hacked the last terminal. After that, two previously locked doors will open on the map.

In a room with a second server. The door opens after cleaning the room from the monsters. In the basement near the corpse of a soldier.

The secret door will open immediately after interacting with the terminal. We blow up the barrel, the passage to the secret opens.

On the wall of the last hall.

It seems like he is there, but he is not.

The situation is similar to mission B2.

Behind the door in the first hall. The corridor at the end of the assignment.

On the wall of the first corridor. We rise to the location where you need to turn on the first generator. We stumble upon the second secret. The following two secrets are only available after turning on the power. We pump out the water, turn on the last generator. Near the blue terminal, there is a descent down. At the exit from the secret, the hero may be stuck. Do not be alarmed, get out really. The last two secrets in the hall at the exit of the assignment. The doors are now unlocked.

To open the secret we select an access card at the lower level in the room with green barrels.

On the first screen, go to the right wall. In a room with explosives.

At the first crossroads, the wall is in the left room.

The first secret on the start screen just blows up the barrels. In the next room, turn left. The right room does not count as a secret. The next secret on the way to the goal. In a room with a mysterious stranger. Just waiting for Cap to open the door for us. Two dynamites are blown up. We move to the exit. The doors in the hall after the office can now be opened. There will be the last four hiding places.

Before the asphalt road, we get out of the car and go to the boxes. We go further, we go behind the truck with the tank. After we turned off the asphalt, we drive along the lowest road. We go a little further, we meet the fourth secret. Next time, when the game offers to turn off the asphalt, we don’t turn off and go all the way. Two hiding places at the very end of the road ruins near a herd of large monsters with guns.

On the way, we come across the first building that you can enter. The secret on the first and second floors. At the next intersection, do not turn off, but drive straight. In the fenced area, we find the third secret. The last secret on the second floor of the Mega Market.

On the ground floor of the market.

We meet the first soldier, but do not follow him. We turn into the lower courtyard, we find the secret.

From the helicopter, we go to the right to the ruins. From the ruins along the edge of the map to the top. We return to the guys at the helicopter. We follow them to the next building. there will be a secret on his left. Breaking the wall in this place. In the clean and jerk of Donaldson. 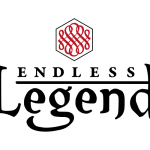 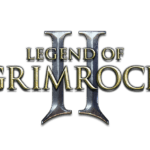 The Legend of Bum-Bo Cheats 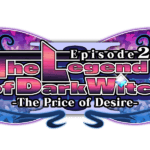 The Legend of Dark Witch 2 Cheats