This guide is intended to help you get started with modding Age of Wonders: Planetfall. It will give you enough information to understand the systems that make up the game so you can start making mods. If you want to dive straight in, check the “Quick Guides” which explain how to carry out common tasks in step-by-step detail.

Disclaimer: Modding Tools are provided as a courtesy to fans. They might have different system specifications from the Age of Wonders: Planetfall game, are not tech supported and have an English-only interface.

In Age of Wonders: Planetfall, all user-made content and mods are stored in package files. The package file (.acp) contains data to configure your mod, as well as the actual modified game data that you create to change how the game functions. You can see which mods you currently have installed in the launcher, under the Mods tab.

Mods will be saved in the following folder within the game’s profile: C:\Users\you\Documents\Paradox Interactive\Age of Wonders Planetfall\Mods

The Package Manager (or Game Editor)

The package editor lets you create and edit packages. You can launch the package manager from Steam when your start Age of Wonders: Planetfall or directly by going into the game’s installation folder and starting PackageManager.exe 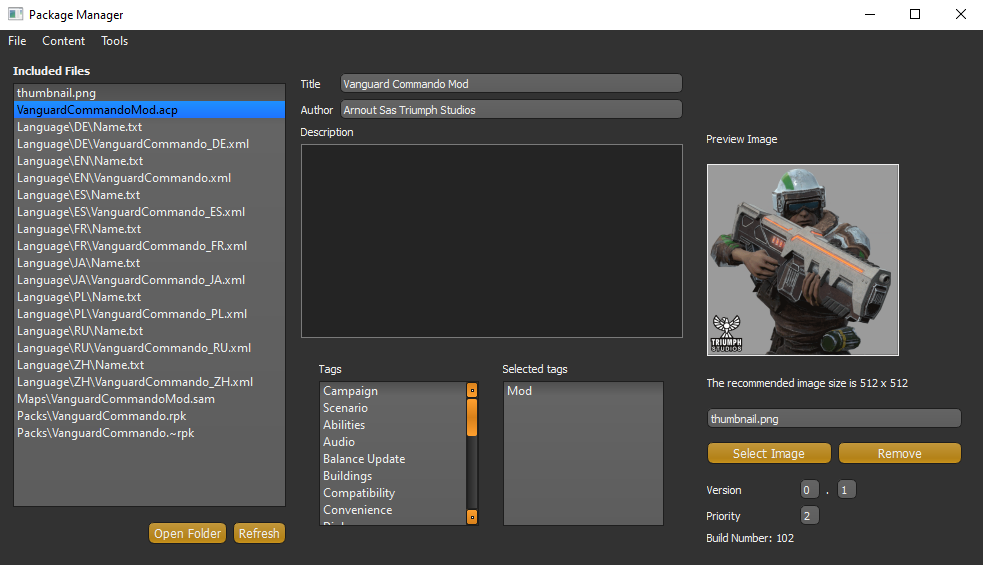 Once you have created and set up your package, you can start actually modding the game! To do that, can you run the following Tools (in the Toolbar of the Package Manager) to mod the game: Content Editor, Resource Editor and Level Editor.

The Resource Editor is the tool you will use to make most of the changes you will put into your mod. The tool allows you to open resource pack (.RPK) files which store the data objects (called Resources) that configure the game’s units, operations, city upgrades and a huge host of other things, and make modifications to them to change how the game works.

NOTE: The “Title” folder stores resource packs for the base game. The folder’s DLC00, DLC01, DLC02 store the packs for the Sign-Up, PreOrder and Deluxe content.

When you use the Editor, and open existing Title (or DLC) packs you are not actually changing the RPK file itself, you are simply making changes which are stored in the Package’s ACP file. When the game loads the RPK file, it will go through all the loaded ACP files and apply any changes it finds to the RPK. If two packages have made a change to the same resource, then the package with the higher priority will win. 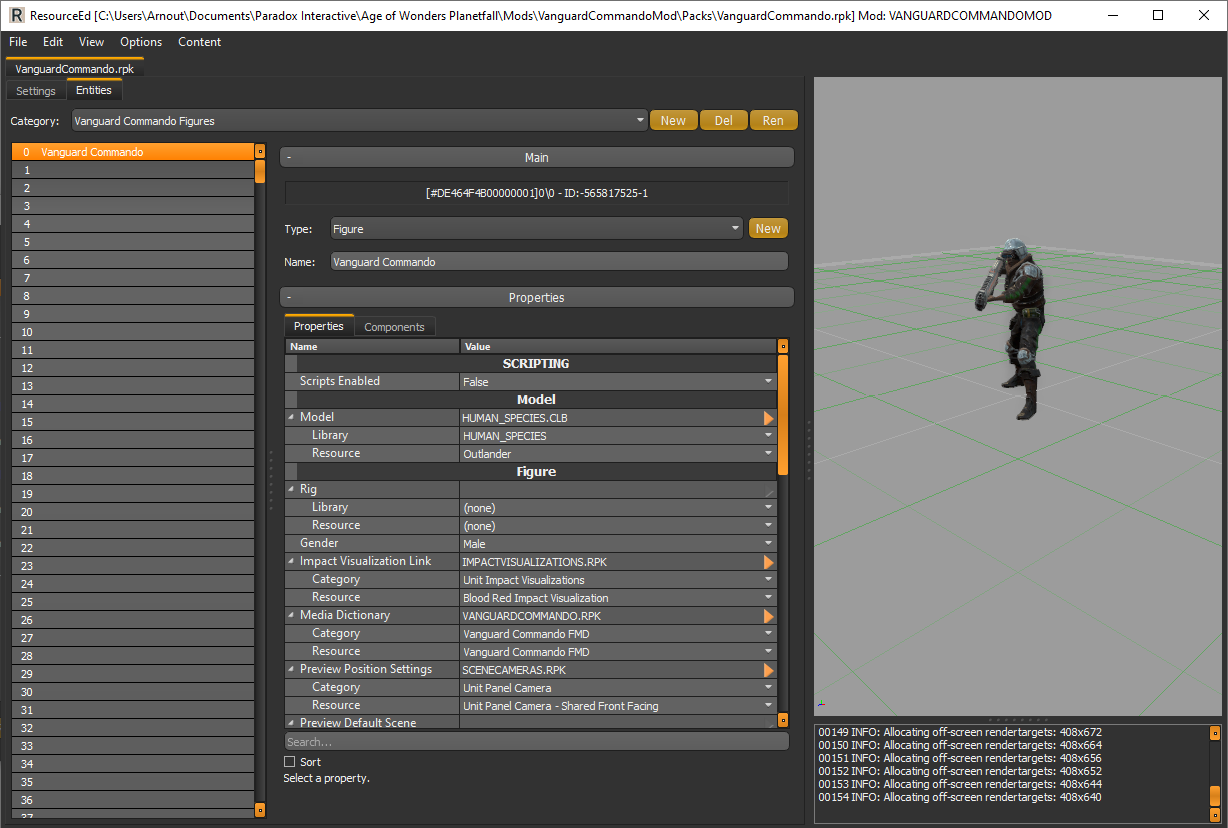 The top tabs show the RPK files you currently have open, directly under that are more tabs which separate the different types of data that each package can store:

The resources are then divided into different Categories to make them easier to find and organize.

The list box on the left shows all of the resources that are available to edit in the selected category. If you want to edit an existing resource, then select it and right-mouse-click and click “Create Mod”. Next to the name of the resource an (M) Icon will appear to indicate that it has been modified and can be edited. When you right-click the modified resource again, you can click the “Delete Mod” button to revert your changes back to the original version of the game.

To add new content (resource entities) to the game mod you need to create a new .rpk file. Unlike editing existing packs; creating a new Resource packs will give you full control over an .rpk file. You edit your own categories and add new entities, settings and FX. (This a new feature to Age of Wonders: Planetfall modding. In Age of Wonders III this wasn’t possible.)

You can also copy over existing resources to the new RPK. Make sure you add the required Resource Content (found in Content tab of the Resource Editor) so all dependencies are loaded.

To check out the unit open the Resource Editor using the Package Manager and open Documents\Paradox Interactive\Age of Wonders Planetfall\Mods\VanguardCommandoMod\Packs\VangardCommando.rpk

This will let you create custom maps for the game to test new features or mods quickly.

Note: Maps have the .sam extension.

Once your mod is ready to be published you can do so in the Package Manager. Go to File -> Publish and .zip file of your mod will be created within your mod folder.

Add a description(which will appear in the workshop) and click Upload Mod.

Age of Wonders: Planetfall – How to Win Guide